The Road to Bashō 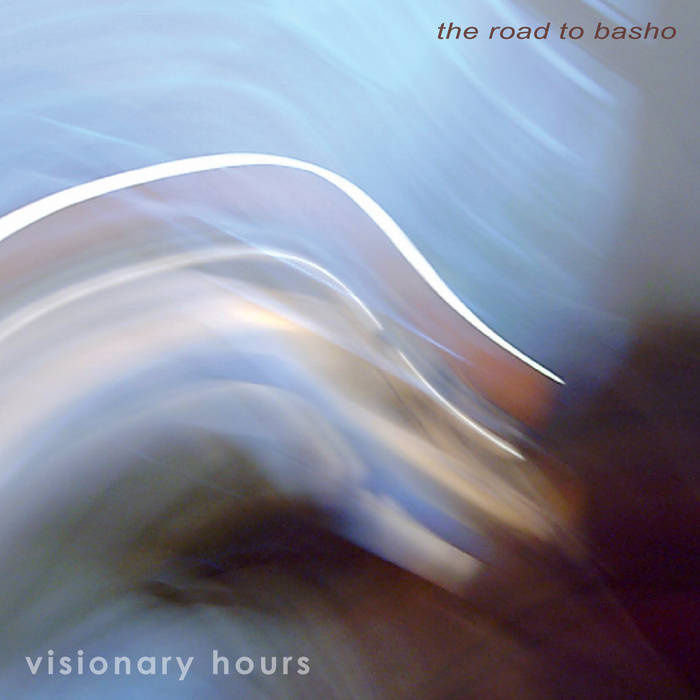 Visionary Hours's second release, The Road to Bashō, is entirely inspired by the famous Japanese wandering poet, Matsuo Bashō. Its melodic themes have been further developed and narrated with visuals by Marek Kamiński (Lights Dim), with whom Visionary Hours currently performs the entire The Road to Bashō live.

"However, the aforementioned compilation is the UK, Poland-based artist Hayden Berry standing in its ambient form also called Visionary Hours. "Under his own name, he incidentally brings more singer-songwriter music. With Visionary Hours he makes a nice mix of drones, ambient and neoclassical. As the title The Road to Basho, the haiku master Basho referring to and Zen, suggests the music consists of repetitive sounds. These loops let him slowly change of character, which he gradually it takes you into the depths. Hayden plays guitar, bass, clarinet, rhodes, percussion instruments and also used his voice. He is joined by singer Teresa Lipinski, cellist Andy Bailey, french horn player and violinist Sonia Maclean Dorota Blaszczyńska. Also, the song is more of a meditative tool than an actual singing. Through the combination and alternation of various genres and elements, the music gets a unique sound with it. The six long spun tracks end up between 9 and 12 minutes and it will give also plenty of time to emerge and evolve. Slowly improving building full of paint Each one of the captivating and impressive compositions. The lion's share is very melancholy but also of exceptional beauty, especially when the strings are used. You should think of the music of Gavin Bryars, Dakota Suite, The Caretaker, Heinali, Richard Skelton, William Basinski and Yellow6. Digging deep splendour!"

Translated from Dutch and published in July 2012 in: www.subjectivisten.nl/caleidoscoop/2012/07/preserved-sound-label-various-artists-its-not-boring-its-ambient-see-saw-chapter-one-visonary-hours-.html