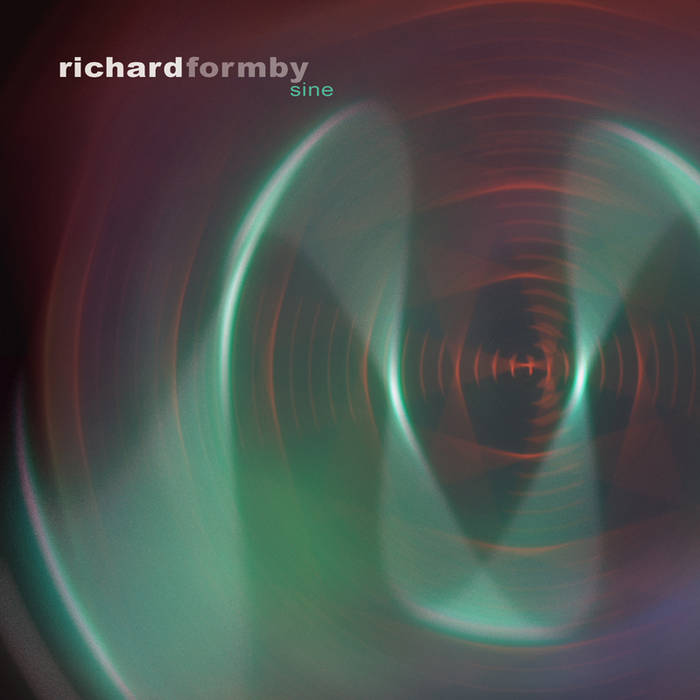 Scott There's a lot going on in "Sine," but it can fade into the background when I want it to. And it's somehow just long enough to satisfy while also being just short enough to make me want to listen again. I like that cover image too.

Recorded using a modular synthesiser and Revox B77 tape recorder

Thanks to Paul Darlow/Krisp1 Modular Construction

"The third longform piece is 'Sine' by Richard Formby on the Preserved Sound microlabel. Whilst shorter than the two previous pieces, 'Sine' doesn’t lack for anything ... it is an evocative piece that entertains with its constantly warm drone and skittering, intermittent synths that play a percussive melody that acts as a counterpoint to the drone. These synth textures that come in and out of the listener's conscious, providing abstract melodies that bring something of the Berlin School to the piece. Recommended."

"A quarter of a century of work by this highly respected musician and producer removes any need for upstream submission of a character of the stature of Richard Formby. The author notes, however, delight in finding him first output record, especially when intended for a limited series production for the small but visionary label Preserved Sound. The long track Sine is the new journey of a British musician in a world of sensory perceptions generated by a continuum of synthetic signals and frequency modulated. Dense, iterative but continues to expand, the sound of Sine consists of a series of bright cosmic trails that run on parallel tracks saturations drones and trembling raises of overlapping waves. Beyond the liquid ambience background, fluctuations modular Formby draw a hypnotic mantra, which for the last half hour of the Sine materializes iridescent reflections of cosmic psychedelia."

Translated from Italian and publish in July 2013 in: musicwontsaveyou.com?s=preserved+sound