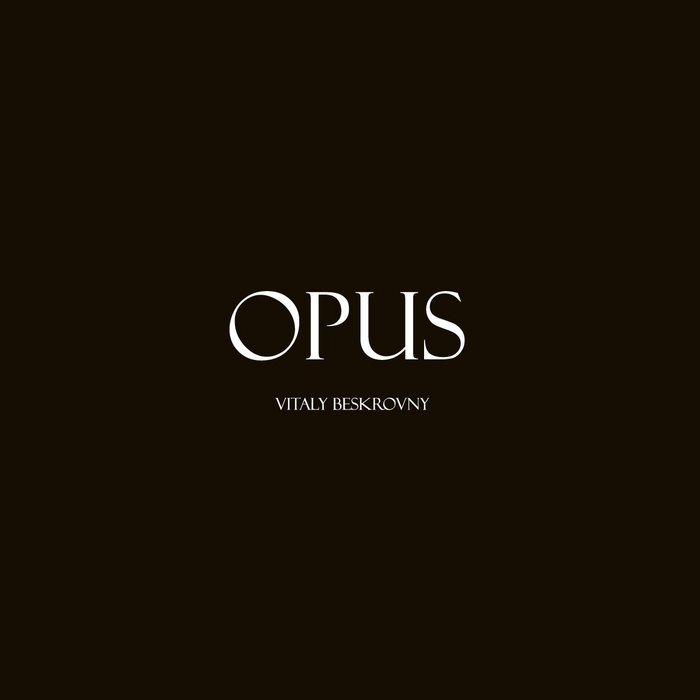 The idea of writing the album "Opus" came with the wrote song "The Meeting". Mood and fairy tales - that's I wanted to show in these songs. All songs composed and written on my favourite musical instrument - the piano. And then, that have been used string quartet, a glockenspiel with a xylophone, the string ensemble with tenderness and purity of the oboe, flute and clarinet, and harp.

The album can also be downloaded digitally here:

Vitaly Beskrovny is a self-taught composer from Novomoskovsk, Ukraine. Having first started making music for piano in 2005, he released his first album, Past Postcards, in September 2011 on TEPLO records. This was followed by Covers in March 2012, which includes covers of some of Beskrovny's favourite composers such as Dustin O'Halloran, Yann Tiersen and Ennio Morricone. The Painted Stories EP was released in April 2012. Opus was released in June 2012.

"Also, the above compilation, the multi-instrumentalist Ukrainian Vitaly Beskrovny. He has been heard at various digital releases and finally on his new album 'Opus'. He shows intense, hear melancholic piano pieces he continued dressing with chimes, oboe , flute, clarinet, harp and string quartet. With this he really knows to which the goose bumps on the skin often appears. Titillating neoclassical He builds the disk, which unfortunately only takes 30 minutes to beautiful and varied manner. There come back again and other instruments float to the top and also different combinations of each. Some pieces are thereby very subdued and others are more dramatic and epic, without ever being really big. No, it's breathtaking, kaleidoscopic gems that know to move often. Fans of Dustin O'Halloran, Max Richter, Peter Broderick, Heinali, Jóhann Jóhannsson and Library Tapes can enjoy their stay here. A small masterpiece that turns out great.

Translated from Dutch and published in July 2012 in:
www.subjectivisten.nl/caleidoscoop/2012/07/preserved-sound-label-various-artists-its-not-boring-its-ambient-see-saw-chapter-one-visonary-hours-.html